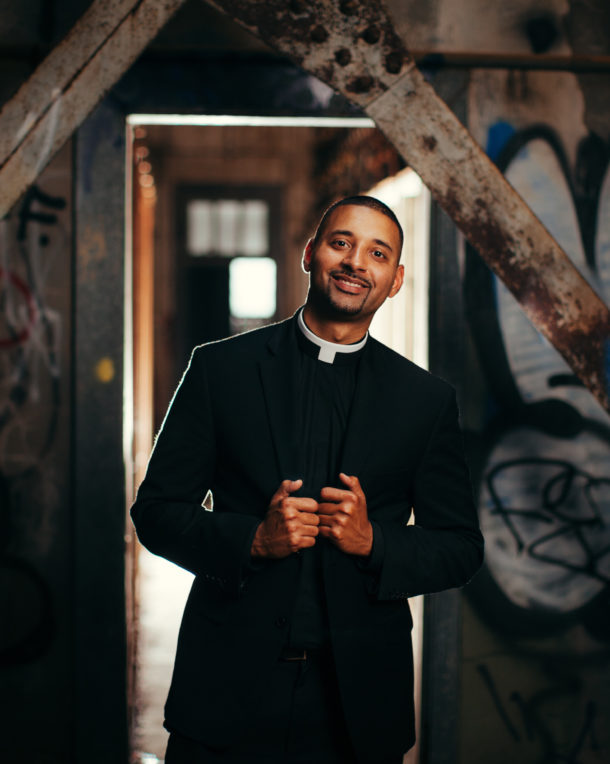 After powerfully encountering Jesus in the Eucharist as a teenager, Fr. Josh Johnson dedicated his life to becoming a wholehearted disciple of Jesus Christ. Ordained for the Diocese of Baton Rouge in 2014, Fr. Josh has dedicated his priesthood to inviting all people to become saints in their walk toward eternity.

Fr. Josh travels widely as a speaker at conferences, retreats, and youth events. He is well-known for his popular Ascension podcast Ask Father Josh as well as his Q&A video show on the Ascension Presents YouTube channel, the largest Catholic channel in English. Additionally, he has written several books with Ascension, including the best-selling Pocket Guide to Reconciliation (co-written with Fr. Mike Schmitz), and has contributed to several Ascension faith formation programs, including Altaration: The Mystery of the Mass Revealed and the Rejoice! Advent series.

Fr. Josh is the vocations director for the Diocese of Baton Rouge, as well as pastor of Sacred Heart of Jesus parish. He can often be found praying the Rosary and walking in the neighborhoods of his parish, inviting those under his pastoral care to become intentional disciples of Jesus Christ.