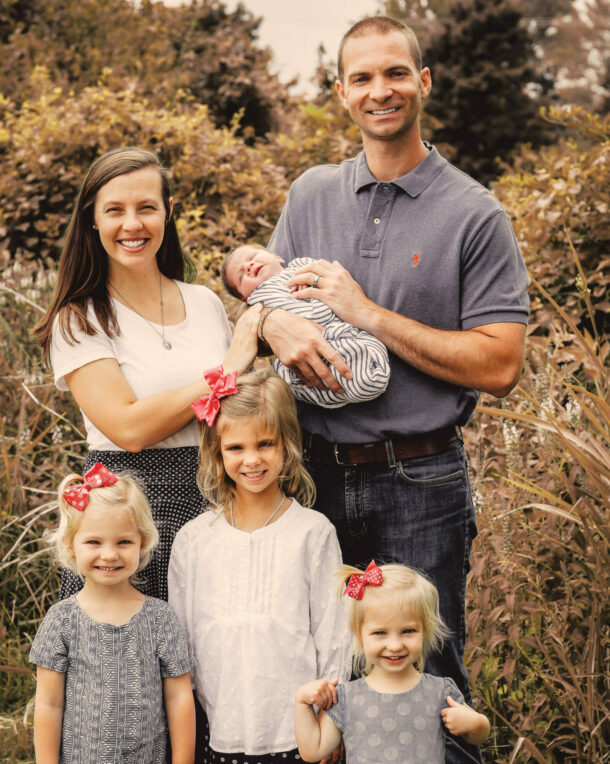 David and Pamela Niles were married in 2014 and are the parents of 5 lovely children. They both grew up in Broken Arrow, OK and even went to the same parish, which they still attend today. They enjoy and delight in building up their local community to be devoted Catholics, spouses, and friends.

Pamela’s enthusiasm for her faith stems from a strong devotion to Our Lady. She ardently supports the holy sacrament of Matrimony and, along with her husband David, helps lead the Catholic Engaged Encounter ministry within the Diocese of Tulsa and Eastern Oklahoma. Between doing the laundry and educating the children she spends her time dominating the bunco league and making disciples of all nations.

After college, David had a reversion to the faith prompted by friendship and Catholic radio. David is currently the president of St. Michael Catholic Radio in the Tulsa area. Beginning in 2016, David and his lifelong friend Adam Minihan have been entertaining, encouraging, and catechizing men as the co-hosts of The Catholic Man Show. David and Adam have given talks at several men’s conferences across the United States as well as at the Courage International conference. While sharing his exquisite humor and a glass of whiskey, David likes to promote personal prayer, friendship, and virtuous living. He is passionate about building a strong community for men.

See more from David and Pamela: